A quick and easy-to-read summary. 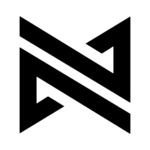 The Hybrid Consensus Approach is a novel structuring standard for decentralized infrastructure, which invokes different elements of Proof of Work (PoW), Proof of Authority (PoA), and Proof of Stake (PoS), to create a secure, democratic, reliable, and scalable network. The concept is relatively simple, and implies on controlled mining and hashpower input by validators that have their identities fully verified by the organization responsible for the network’s maintenance and development, and the consignment of a set amount of funds from these validators with the organization for the whole period in which they hold a validator key.

An essential element and major drawback of standard PoW applications, controlled mining helps avoiding the usage of energy-intensive hardware, as well as makes it possible for the network to be secure and decentralized with just a fraction of the number of nodes and miners required on a standard PoW network.

Applicability of Penalties for Misbehaving

Controlled mining is a prime component of the HCA because it allows the creation and distribution of validator keys; the exchange of these keys for a consignment of a set amount of funds from the validator; and enables the community to penalize these validators if they misbehave, by burning – or slashing – these funds. This creates a huge financial disincentive to misbehave and addresses one of the most critical security concerns with standard PoW applications. After all, if a miner gathers enough hashpower to manipulate the network (eg. with a 51% attack) and decides to do so, there are no real consequences to their actions (as we have seen in the past with Ethereum Classic, for example), once no one can realistically break into their premises and seize their mining equipment. Also, these individuals are often anonymous, so any legal and/or criminal accountability is also very unlikely. With having validator keys that can be revoked at any time, and their funds consigned, it is much less likely for them to misbehave, as they will not only have a lot to lose financially, but the fact their identities are known and verified means that legal accountability is at stake, and if a validator misbehave they can be held personally responsible for their actions.

Controlled hashpower also contributes to overall speed, as the rate in which the difficulty of the network increases is substantially lower than on standard PoW applications and can be managed in such way that ensures longevity and long-term sustainability for the network.

It’s the core layer of nodes, and it can have as many nodes as the blockchain constructor wants it to have. It stores a full record of the network’s history and is used as the main layer of security of the network too. It can have one or more nodes with mining enabled, to ensure that even if all validators’ nodes fail, the chain will remain operational. It needs to have restricted connection parameters to ensure that only nodes from the layer one are allowed to connect and sync. Otherwise, there will not be possible to ensure and achieve controlled mining. Today, even the most basic iterations of Ethereum will offer ways and mechanisms for users to control peer connection requests.

Bridging Layer or Layer One

These will be the midpoint between the core of the network and the validator nodes, and can only allow two connections per node, one to a layer zero node, and one to a layer two node. Once this is accomplished, the enode address can be used as the validator key, and distributed to a layer two validator, which will use it to connect and sync. This layer of nodes can also be used by the organization to revoke validator keys by resetting individual nodes, or to mitigate any potential threats or attacks by shutting down nodes altogether, which would then break the link between a particular validator from which a potential attack is originating, and the main network.

This layer of nodes represent the validators themselves. They will be granted the right to mine using their validator keys upon consignment of a previously set amount of funds. The organization can set the mining parameters to ensure fair distribution of rewards, and can use penalties mechanisms to penalize validators that do not work in tandem with these parameters.

As simple as it presents itself, the Hybrid Consensus Approach can signify major progress for PoW applications, and a pivotal point in the way of which the broader community sees Proof of Work on an environment where energy efficiency, security, and accountability are ever more important, and will certainly play a key role on making Web 3.0 applications, DAGs, and Blockchain Networks mainstream.

It merges the rewards and financial accountability system present in Proof of Stake networks, making possible to penalize bad actors and malicious validator nodes, the personal and legal accountability present in Proof of Authority networks, once all validators’ identities need to be verified by the organization for a validator key to be issued to them, and the implicit value and core principles of decentralization present in Proof of Work networks, creating a strong link between the network and the real world by requiring hardware to function, whilst still addressing the major scalability issues we face with the current generation of PoW networks.

Being a structuring standard rather than a consensus mechanism, its scope accommodates existing and future technologies, making it immediately applicable, whilst still being extremely scalable and future-proof.

All these helps on creating decentralized infrastructure that has true value, security, scalability, and is energy efficient.